Welcome to the Division of Neonatal-Perinatal Medicine. In partnership with the Division of Maternal-Fetal Medicine, we are a New York State Department of Health-designated Regional Perinatal Center. As a regional resource, the Center is responsible for establishing the highest level of neonatal and obstetrical care and education for ourselves, as well as for the majority of the hospitals in Suffolk County, Long Island, and beyond. Annually at Stony Brook Medicine, there are approximately 1,000 admissions to the Neonatal Intensive Care Unit (NICU), 100 neonatal transports, 200 maternal transports, 90 newborns weighing less than 1,500 grams and 4,000 inborn deliveries. Based on New York State Department of Health Data, Stony Brook has the best record of any Regional Perinatal Center in achieving growth of premature infants prior to discharge—a best practice based on the belief that good nutrition at this stage benefits the baby’s neurodevelopmental outcome. Our mission is to become nationally recognized for family-centered and quality-focused neonatal care, excellence in teaching, and contributing to and promoting cutting-edge research. 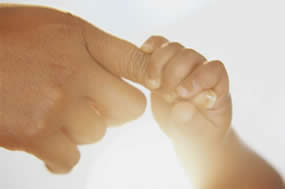 In 2011, Stony Brook Children’s opened a new state-of-the-art NICU along with a new Labor & Delivery Suite in one convenient location.

Features of this facility include:

View our new Mother/Baby Care video: The Right Place at the Right Time, providing an inside look at what it's like to give birth at Stony Brook.